Love Has No Limits

Proceeds from the book will go to Armenia Fund to provide humanitarian, civilian and medical relief to Artsakh.

Love Has No Limits

At sixteen, Arminé fell in love for the first time and lost that love for the first time. She was the youngest daughter of three in Armenia and the only one underage when her parents decided to immigrate to the United States. She had to go with and leave her beloved Alex behind. Her parents saw a land of opportunity while Arminé saw heartbreak. It wasn’t the end of her story with Alex and certainly not the end of her life, as it had felt at the time, but there was more pain to follow.

Sixteen-year-olds are resilient, but even when losses and hurt came calling repeatedly throughout Arminé’s life, she had the strength to love and to rise again and again. Even as life moves on for Arminé and Alex, their lives intersect again and again over the course of thirty years. Through deaths and divorces, their lives never quite line up from their opposite sides of the globe.

Love Has No Limits is Arminé’s story of keeping faith in oneself and in love despite heartbreak, betrayal, and loss. It reveals the joy available to those who rise and rise again. 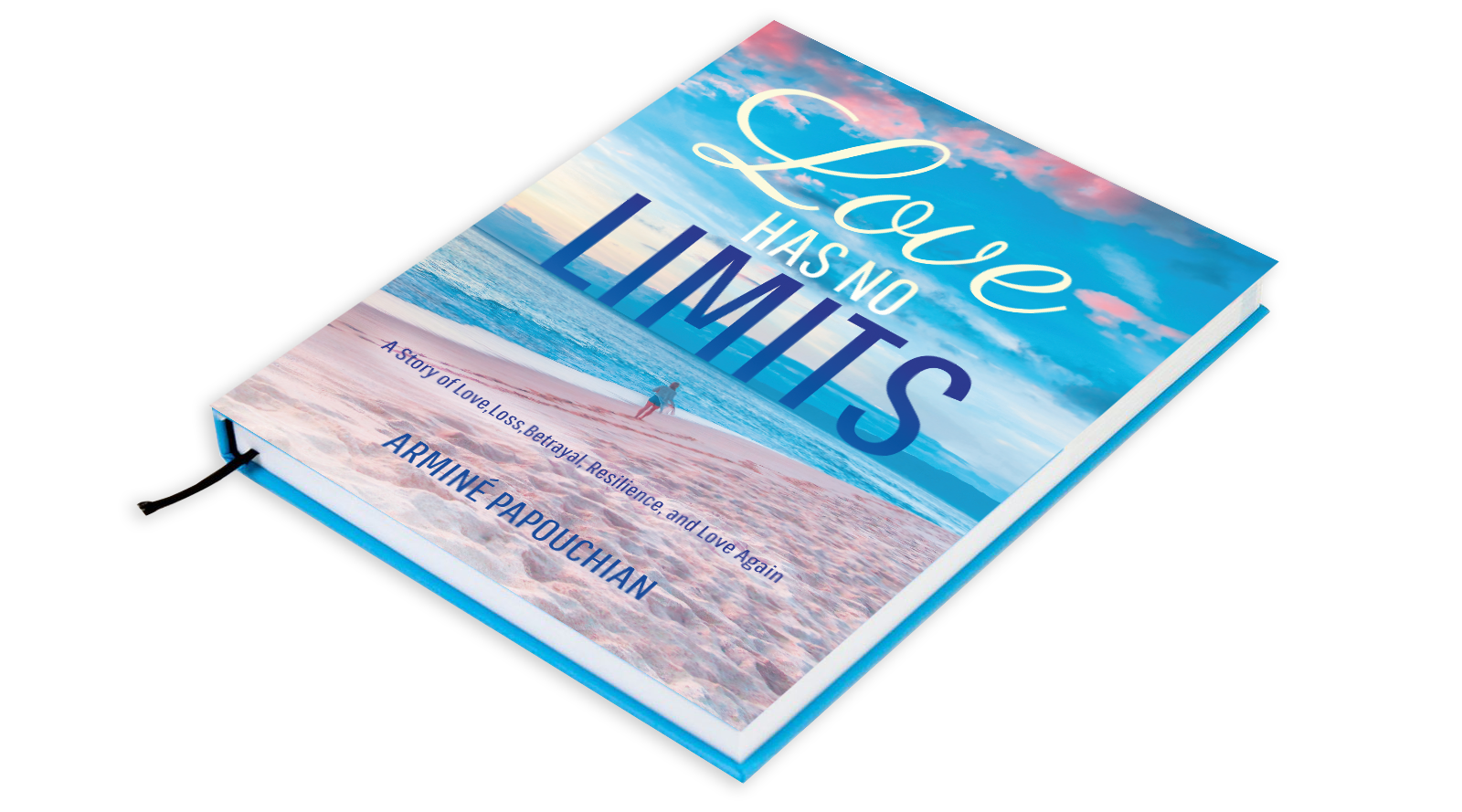 “As I first began the book, I thought I’d be able to stop at certain chapters and put it down. Nope! Yes, this was a biography, but it was such a well-written story that it seemed too good to be true! I even stopped for a moment, thinking this book was just fiction because of the way it was written, and because of its format, but then I snapped out of it! I realized that of course none of this was fiction. It was real. What a beautiful, beautiful story.”

Read More
“Papouchian’s memoir is an inspiring and quick read, with a linear timeline that allows readers to step into her world and seamlessly experience her life. Papouchian characterizes the most influential people in her life in a deeply personal way, allowing fans to glimpse her inner motivations. Papouchian’s storytelling is charismatic and appealing. Readers will feel a kinship and be eager to know more about her travels, further healing, and her next steps in love.”

Read More
“At once a romance, a story of personal revelation and learning, and an immigrant’s account of creating a sense of place and family in a new environment, Love Has No Limits will appeal to memoir readers looking for strong writing, stories of love, and accounts of survival on many different levels. Why did she write about her journey? Papouchian says it best: “I knew I needed to continue to grow as a person. I knew I had to think way beyond myself. Everyone had a story and I wanted my story to inspire others.” Inspire, she does!”

Review by Midwest Book Review and by Donovan’s Bookshelf

Arminé was born in Soviet Armenia and immigrated to United States with her parents when she was 17.  She worked in the health care industry for 33 years and held key leadership roles in various health plans. Most recently, she retired from a senior executive position to pursue service and paying forward.

She is currently involved in various volunteer roles. In her free time, she enjoys reading, hiking, gardening, art museums, concerts, dancing, and spending time with family and friends.

Love Has No Limits is her first book. 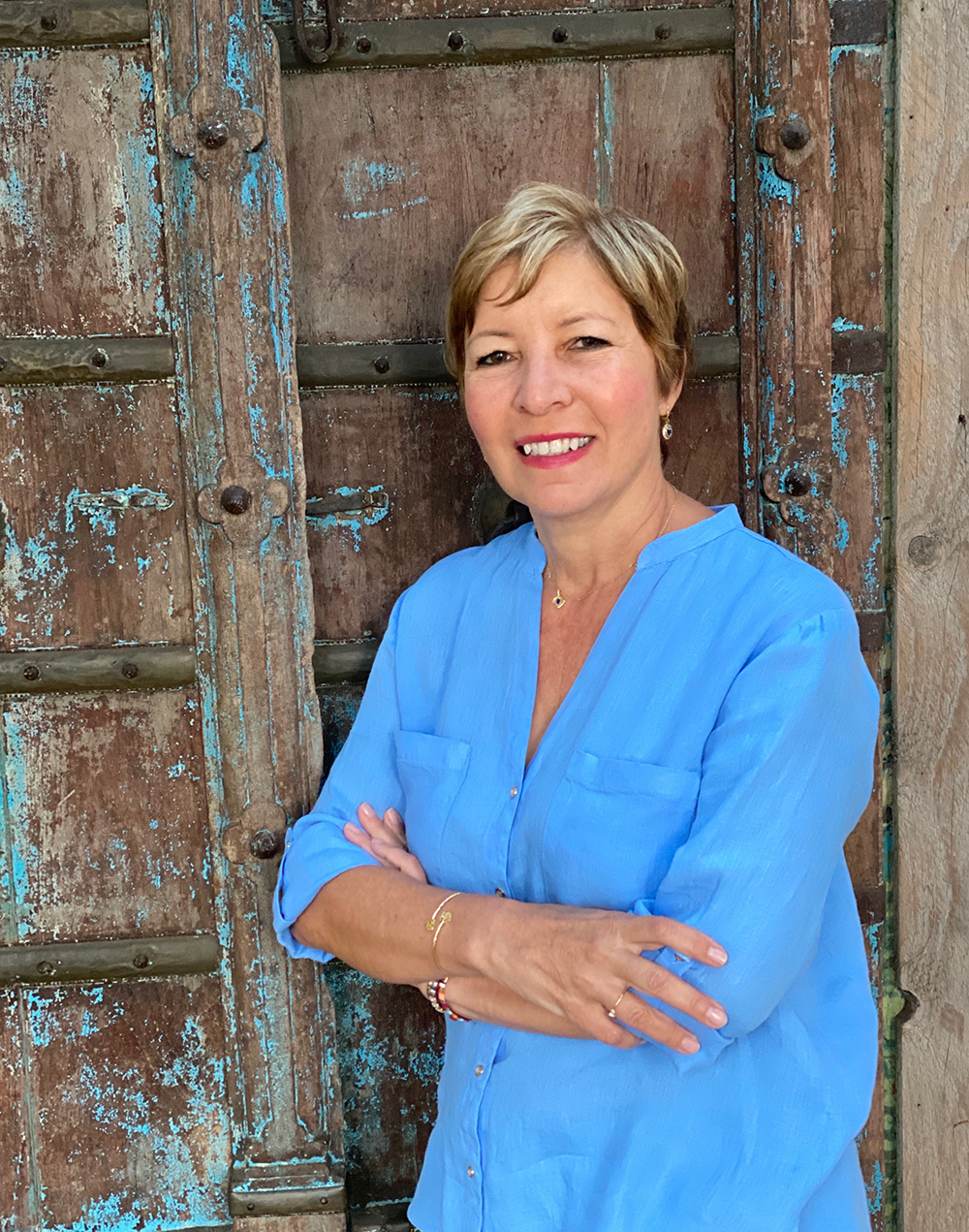 15 Things You Didn't Know About Arminé

Arminé has traveled to over 60 countries and to all 6 continents, except Antarctica.

Arminé was in a swim team and competed in backstroke.

Arminé took fencing lessons when she was a teenager because as a child, she loved the book Three Musketeers.

Arminé ran away from preschool when she was only 4 because she didn’t like the food they were serving.

Arminé feeds her soul when she reads poetry.

Arminé has climbed Mt. Kilimanjaro with her son which is the 4th highest mountain in the world.

Arminé loves quiet moments in her backyard, sipping a glass of red wine and enjoying the view.

Arminé had a red Vespa with leopard print flame design seat and surf diva sticker in the front.

Arminé loved playing soccer and ice hockey with the boys when she was young.

Arminé’s happy place is being outdoors, the beach, the mountains and the forests.

Arminé loves to dance to “We Are Family” by Sister Sledge with her sisters and her niece.

Arminé learned how to surf at the age of 39.

Follow me
Linkedin
Copyright ©2023 | Arminepapouchian.com. All Rights Reserved.
Designed and Developed by